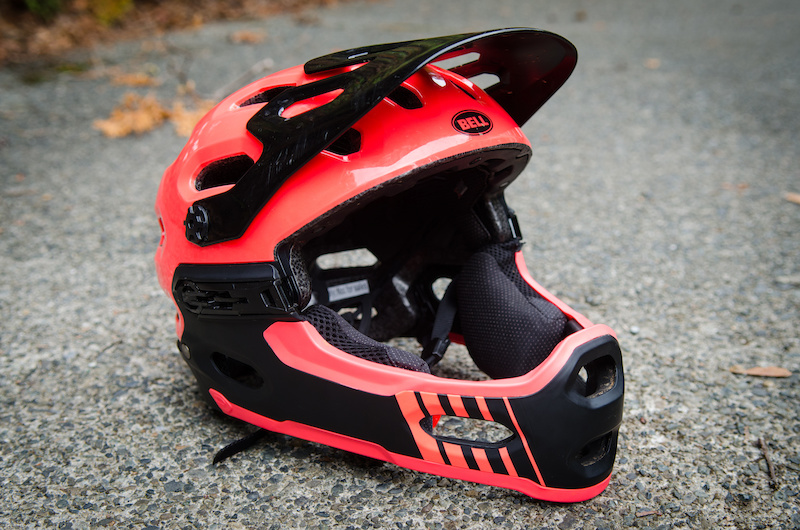 There’s never been a better time to be a mountain biker. Thanks to advances in frame and suspension technology, trails that were once ruled by heavy DH rigs are now doable on the latest batch of all-mountain bikes, allowing riders to push their limits on both the climbsand the descents. In response to the growing number of riders who are venturing into more and more technical terrain, or testing the waters of the enduro race scene, Bell created the Super 2R, a full-face helmet with a chin bar that can be removed for the climbs. It’s meant to fill the gap between a half shell helmet and a dedicated full face, giving riders the ability to have greater coverage but without needing to carry two separate helmets. 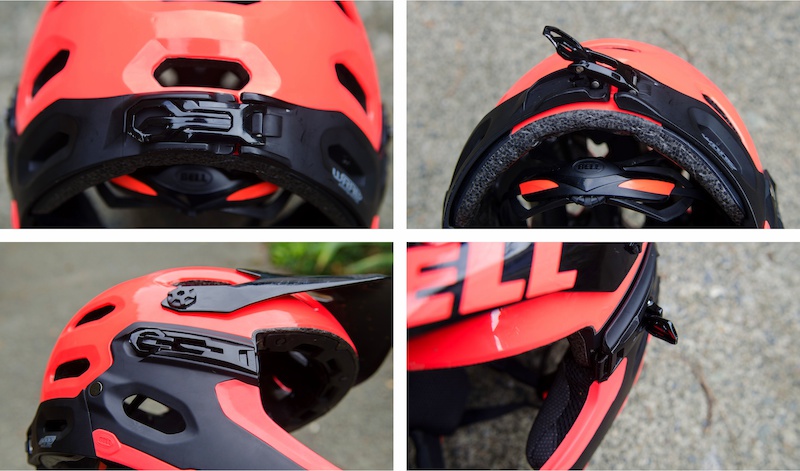 The Super 2R’s chin bar wraps completely around the helmet, and is secured in three places by ski boot buckle style closures.

At the heart of the new helmet is an updated version of the Super, Bell’s all-mountain / enduro lid that was released in 2013. The helmet’s shell and EPS liner have been modified slightly, mainly in the area directly above the ears, in order to create a spot for the chin bar to mount on to. The chin bar completely encircles the helmet (Bell calls this ‘Wraparound Protection’), with three ski boot-style buckles, one at the rear and two at the sides, to lock it into place. Installing and removing the chin bar doesn’t require any tools, and can be accomplished without taking the helmet off. Other features include a breakaway camera mount, a ratcheting dial to adjust the fit around the head, and Bell’s Overbrow Ventilation, which is designed to direct air over the top of the skull to provide additional cooling. The helmet itself has 23 vents, not including the 6 vents found on the chin bar. The Super 2R also has an adjustable visor with enough range of motion to fit a pair of goggles on the top of the helmet when they’re not in use. 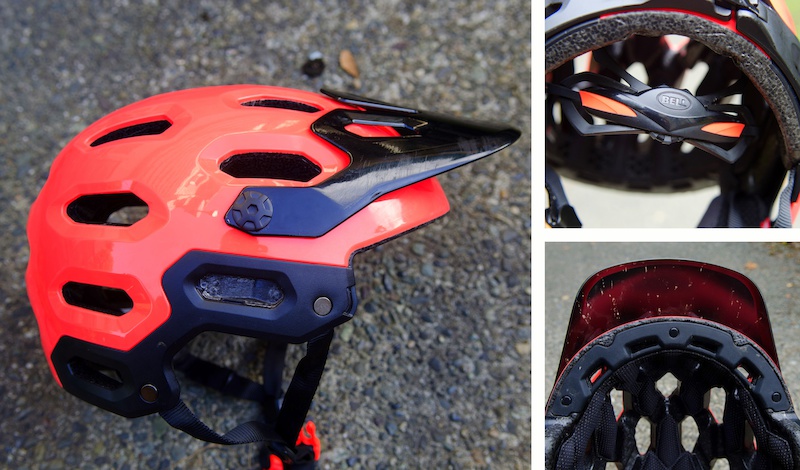 The helmet is based around an updated version of the Super, which will also be available for purchase without the chin bar.

The Super 2R is CPSC and CE EN1078 certified, but does not have the ASTM F1952 endorsement that is used to certify downhill helmets. That doesn’t mean that the chin bar is superfluous, and you can be sure that Bell conducted their own in-house testing to ensure its integrity, but the ASTM F1952 requires a level of penetration resistance that a helmet with as many vents as the Super would be unable to achieve. 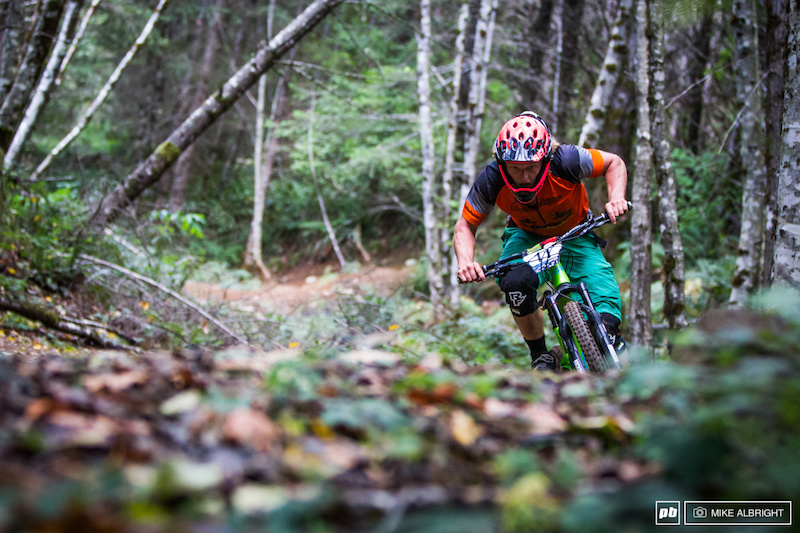 Bell had a number of helmets on hand at the last round of the Oregon Enduro Series, which took place on trails of the Mount Hood Skibowl and Sandy Ridge, giving us the opportunity try the new system on a number of rides and in a race setting. After only a few tries, installing or removing the chin bar became second nature, and all it entails is making sure the buckles are open, guiding it into the two vent holes on the rear of the helmet, and then securing the buckles, working from front to back. With a little practices, it was only a matter of seconds before everything was in place and the conversion was complete. When climbing, it was easy to stash the chin bar in a backpack or loop it over the waist belt of a fanny pack. On its own, the chin bar weighs 350 grams, about the weight of a light XC helmet.

Riders who have spent time with the Super won’t find any surprises with the fit of the new version – the shape is relatively unchanged. As far as half shell helmets go, the Super is a little on the heavier side, but with the chin bar installed the helmet felt well balanced, and very light for a full face. We were even able to witness a bit of real life crash testing, when one of Bell’s employees took a high speed header on a trail at the Mt. Hood Skibowl. He was shaken up, and had crashed hard enough to crack the shell of his helmet, but his jaw and all of his pearly whites remained intact, which might not have been the case had he been wearing only a half shell.

We may request cookies to be set on your device. We use cookies to let us know when you visit our websites, how you interact with us, to enrich your user experience, and to customize your relationship with our website.

Click on the different category headings to find out more. You can also change some of your preferences. Note that blocking some types of cookies may impact your experience on our websites and the services we are able to offer.

These cookies are strictly necessary to provide you with services available through our website and to use some of its features.

Because these cookies are strictly necessary to deliver the website, refuseing them will have impact how our site functions. You always can block or delete cookies by changing your browser settings and force blocking all cookies on this website. But this will always prompt you to accept/refuse cookies when revisiting our site.

We fully respect if you want to refuse cookies but to avoid asking you again and again kindly allow us to store a cookie for that. You are free to opt out any time or opt in for other cookies to get a better experience. If you refuse cookies we will remove all set cookies in our domain.

We provide you with a list of stored cookies on your computer in our domain so you can check what we stored. Due to security reasons we are not able to show or modify cookies from other domains. You can check these in your browser security settings.

These cookies collect information that is used either in aggregate form to help us understand how our website is being used or how effective our marketing campaigns are, or to help us customize our website and application for you in order to enhance your experience.

If you do not want that we track your visist to our site you can disable tracking in your browser here:

We also use different external services like Google Webfonts, Google Maps, and external Video providers. Since these providers may collect personal data like your IP address we allow you to block them here. Please be aware that this might heavily reduce the functionality and appearance of our site. Changes will take effect once you reload the page.